This is a little known and also apparently a little cared about (meaning little value) variety where the designer's initials, VDB, normally under Lincoln's coat by the rim do not appear. This presumably happens because as the die wears and the details on the cent become shallower and shallower eventually in the late die state the coat becomes so shallow that there is not enough depth for the initials. This is distinct from normal wear on circulated coins where the abrasion from use causes the initials to disappear.

Although this can potentially appear for any year and mint some unknown number of coins from 1955, 1973, and 1989 from the Philadelphia mint have been specifically identified as exhibiting this condition. 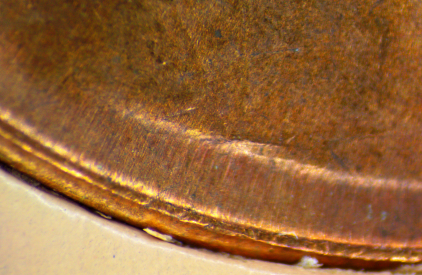 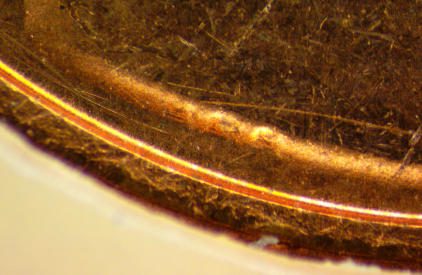 No (top half only) VDB
Normal (Un)Worn VDB